Over the past few weeks, our community has been rocked by 2 teen suicides. Both teens were students at prominent Bethesda High Schools. These tragedies are becoming all too common. We hear about it on the news and over social media. According to Mary Anderson, spokeswoman for the Montgomery County Department of Health and Human Services, there have been 5 teen suicides in Montgomery County this year.

There is certainly speculation about the correlation between social media and the rise in child and teen suicides in this country. Cyberbullying, a relatively new phenomenon, has become a major source of stress for today’s teen. There is pressure to present a certain image to the outside world, while what is going on inside often remains hidden.  In the Washington DC area, in particular, there is an inordinate amount of value placed on achievement. According to a 2017 article in Forbes magazine, Washington DC is the 2nd most educated city in the United States. The comparison trap is a dangerous one. For emotionally fragile teens, the pressure to succeed is magnified. While we may not be able to change the culture, we can certainly change our attitude towards it.

What parents can do:

What teens can do:

Remember if you or a friend are having thoughts of suicide, tell someone you trust. You are not alone, even though it feels like it. Asking for help takes courage but there is support available if you need it. 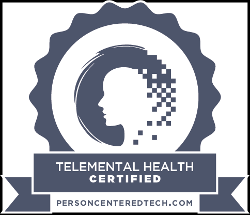